The following release notes outline the major changes that will impact users.  The release may also contain general bug fixes and under-the-hood type of improvements that are not visible to users.

YachtCloser now has the ability to import manufacturer specifications, descriptions, and images into an inventory listing to streamline the data entry process.  B.L.A.S.T. stands for Build Listings And Save Time.  The broker still has total control after B.L.A.S.T. data is imported as all fields, descriptions, and images can be edited.  Did you import the wrong model by mistake?  No worry, you can easily select a different model and all previous imported B.L.A.S.T data will be removed and replaced with the new B.L.A.S.T. data while keeping user added fields, such as Hull # or Vessel Name.  It's really that simple, just follow these steps:

1.  Add Inventory and enter the Make and Year.  If there is  B.L.A.S.T. data available for the make and year entered, the Import B.L.A.S.T. Data icon (yellow lightning bolt) will display next to the Model field. 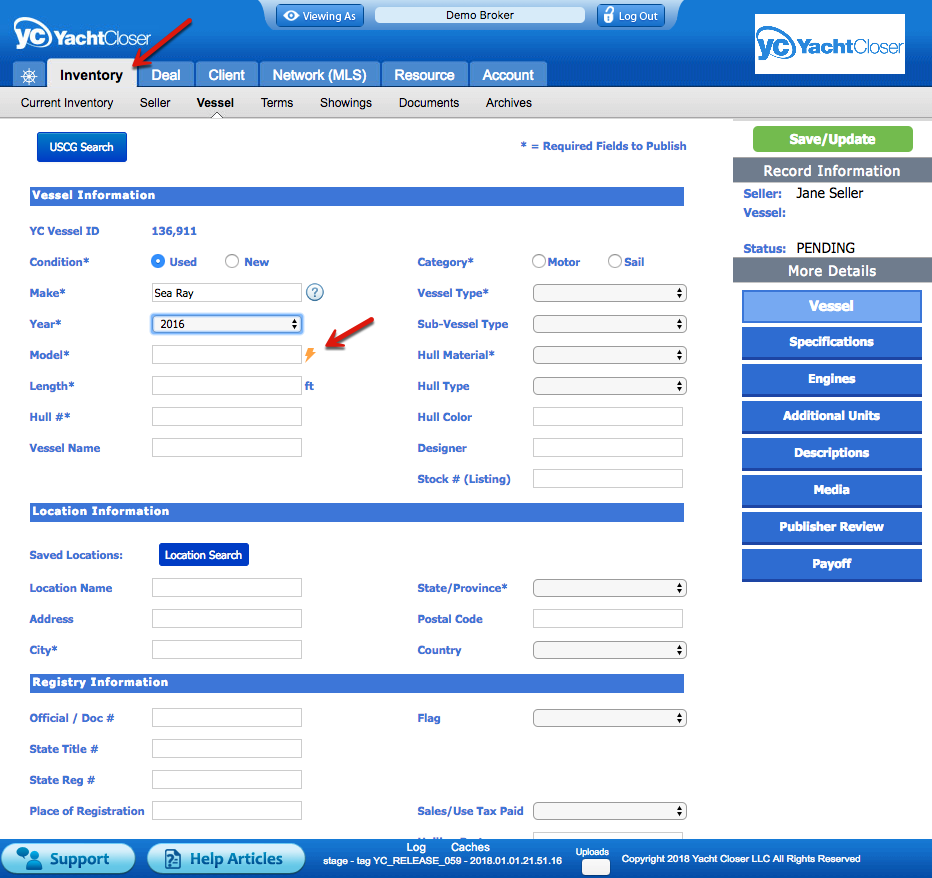 2. Select the Import B.L.A.S.T. Data icon and you will see a pop-up window for selection of the model.  The model list will display all models that match the Make and Year entered.  Select the desired model and then confirm the selection.  If you do not want to include images or descriptions remove the checkmarks for those prior to confirming. 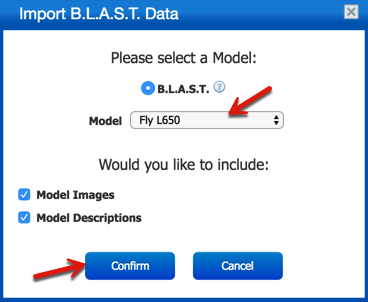 Once all B.L.A.S.T. data for the model has been imported you will see the success message shown below.  Images and descriptions can take a little longer to import so those will be downloaded in the background to allow you to continue using the application.

3.  Did you select the wrong model by mistake?  No problem because at any time you can easily remove previous B.L.A.S.T. data and replace it with new B.L.A.S.T. data.  Simply select the Import B.L.A.S.T. Data icon (blue lightning bolt) next to the model field and repeat step 2. 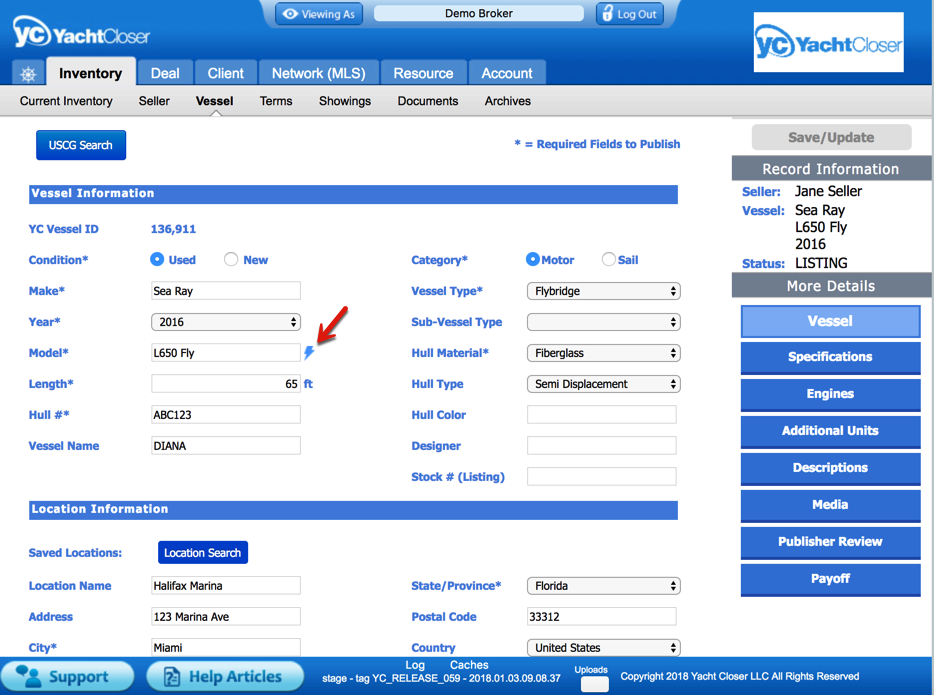 A message will be displayed to confirm you intended to select a different model and replace existing B.L.A.S.T. data.  Select Yes and all previous B.L.A.S.T. data including images and descriptions will be replaced.  Additional data that was not imported from B.L.A.S.T. such as Vessel Name or location will not be removed. 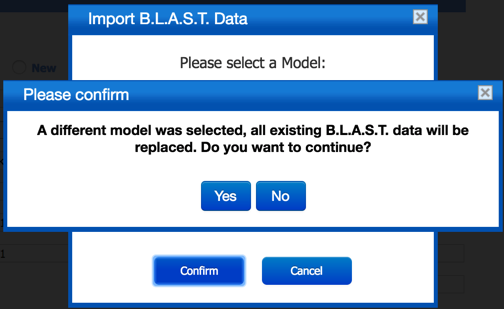 Disclaimer:  B.L.A.S.T. data is a collection of vessel model details compiled by Boats Group to be used in populating listings with specifications, model images and descriptions.  This is the same data used in BoatWizard for populating listings.